"We have waited thirteen years, another hour should not be to difficult to bear, will it?" said an elderly bystander to a colleague, as all of us waited to hear the verdict of the Central Bureau of Investigation (CBI) charge sheet filed in the Kamrup District and Sessions Court, against the surviving accused in the Parag Kumar Das assassination case. The premise of the court was packed with media persons, lawyers, human rights activists, and police personnel. Among the crowd were nervous supporters of the accused who had regulation crew cuts, wore trendy shoes, jeans and white shirts.

Following the encouraging performance of candidates of Assam in the 2008-09 UPSC Civil Service Examinations it is seen that more and more bright students of Assam are having a go at the UPSC examinations. The students already studying in places like Delhi are at an advantage because of the existing Civil Service culture there.

Hi, this is Jeem, good name Deepankar jyoti Bhuyan from Bollywood city Mumbai. Doing music professionally here since 4 years. Percussion is my passion and my profession. I m dedicated to this art since childhood. I belong to a musical family . So, I started learning music in my home at the age of 4 . tabla is my first instrument and learnt it from my father Arun kumar Bhuyan . Later I learnt from many teachers for further knowledge. Some more information about me following below 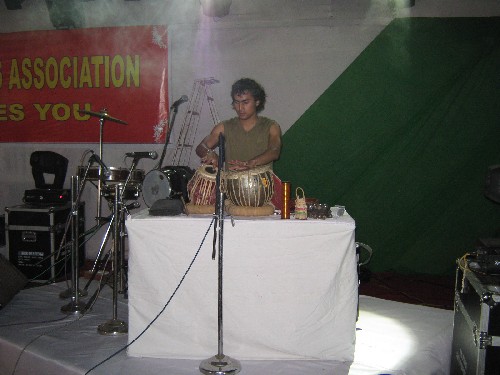 Out of over 50,000 contestants all over the country, 6 girls and 6 boys have been selected for the final rounds of this competition.